Mac Wylie Golf Center has a full staff of PGA Professionals.  Our PGA Professionals are committed to teaching excellence in golf through use of the latest in video technology, the best teaching aids and other tools that will help improve your game. We are heavily focused on developing the skills of golfers of all ages through schools, clinics and private instruction. Let us enhance your enjoyment of the game by developing your skill levels in all areas of golf.

Plus, you can feel free to participate in one of our various special events from demo days to putting tournaments and driving contests! 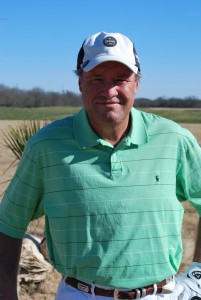 Mac Wylie is a Class A PGA Professional and has been a PGA member since 1992. He completed his apprenticeship at the Dominion Country Club in 1992 and then served as Head Professional at both Woodlake Country Club and Alamo Golf Club. Mac has also served on the Southern Texas PGA Board of Directors. As a player, Mac has qualified for two Texas Opens and seven Joe Black Cup Team Matches. He was runner up in the Southern Texas PGA Section Championship and the winner of a local US Open Qualifying event.

For the past several years, Mac has been focusing his efforts on teaching students of all ages and abilities. Mac has earned several distinctions as a Golf Instructor. These include being ranked twice in the Top 50 instructors in America by Golf Range Times Magazine and in 2005 as a Southern Texas PGA Western Chapter Junior Golf Leader. In 2002 Mac was named the Southern Texas PGA Western Chapter Teacher of the Year. Please take advantage of Mac’s expertise as Head Golf Professional with our many lessons and clinics available to all ages at Mac Wylie Golf Center. 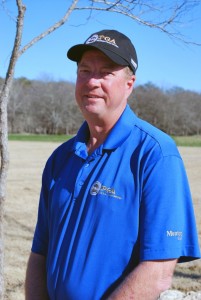 Chuck Westergard is a life member of the PGA of America. He worked at the San Antonio Country Club from 1981-2009 during which time he served as Assistant Golf Professional, Head Golf Professional from 1990-2001, and finally as Director of Golf from 2001-2009. During this time Chuck also served on the Southern Texas PGA Board of Directors for 8 years.

As a player Chuck has played in events on the PGA and Champions Tours, as well as the PGA Senior Championship in 2005. Chuck has also been a medalist for the local U.S. Open qualifier and he won several Southern Texas section events. In 2008 Chuck was named Regional Club Fitter of the Year for South Texas by the Ping Golf Company.

Chuck’s students have been successful at the local, state and national levels. He is looking forward to teaching players at all levels and lending his expertise learned from golfing legends Lefty Stackhouse, Tod Menefee and top 5 teacher Chuck Cook.

Tax not included.  Prices are subject to change without notice.