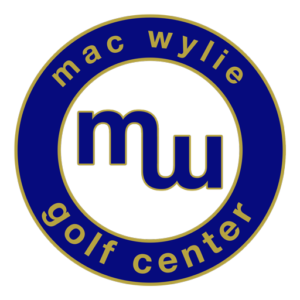 Mac Wylie Golf Center has a full staff of PGA Professionals.  Our PGA Professionals are committed to teaching excellence in golf through use of the latest in video technology, the best teaching aids and other tools that will help improve your game. We are heavily focused on developing the skills of golfers of all ages through schools, clinics and private instruction. Let us enhance your enjoyment of the game by developing your skill levels in all areas of golf.

Plus, you can feel free to participate in one of our various special events from demo days to putting tournaments and driving contests!

Chuck Westergard is a life member of the PGA of America. He worked at the San Antonio Country Club from 1981-2009 during which time he served as Assistant Golf Professional, Head Golf Professional from 1990-2001, and finally as Director of Golf from 2001-2009. During this time Chuck also served on the Southern Texas PGA Board of Directors for 8 years.

As a player Chuck has played in events on the PGA and Champions Tours, as well as the PGA Senior Championship in 2005. Chuck has also been a medalist for the local U.S. Open qualifier and he won several Southern Texas section events. In 2008 Chuck was named Regional Club Fitter of the Year for South Texas by the Ping Golf Company.

Chuck’s students have been successful at the local, state and national levels. He is looking forward to teaching players at all levels and lending his expertise learned from golfing legends Lefty Stackhouse, Tod Menefee and top 5 teacher Chuck Cook.

Jeff is very passionate with his teaching and works with players of all ages and abilities. As a leading expert in identifying each student’s learning style, Jeff tailors each lessons to the style that meets the student’s needs.

The last 3 years Jeff spent with the PGA Tour Superstore in Plano, Texas where he was an instructor and club fitter.  He averaged 1500 lessons a year. Jeff has worked with many people who have disabilities.

Besides golf, Jeff was a member of the United States Disabled Alpine Ski Team, where he guided a visually impaired woman to a 2nd Place Finish in the Overall World Cup in 2000.

As someone who has achieved much through the game of golf, I wish to help all my students enjoy the game by reaching their full potential. Unlocking that potential is my primary goal.

I strongly believe that core fundamentals are the key to obtaining a stress-free, highly-repeatable, consistent golf swing that will produce better, more consistent shots. Although each golfer is different in reference to their body shape and build, the fundamentals of golf are universal for the majority of golfers and are the first step in being able to work on more individual techniques that meet each student’s custom needs.

After we have improved the fundamentals through grip, setup, ball position and posture, we can move our focus to improving more advanced features in the golf swing.

My philosophy is based on a belief that once we can master the fundamentals, the student will realize learning more advanced techniques in the swing becomes much easier, and we can produce better, more repeatable, long term results sooner.

Junior’s Clinic – Saturdays at 10am

Keep up to date on the latests news and events from Mac Wylie Golf Center. Please enter your email address below.